At only seven years old, Bryant senior Kurt Deion knew what his passion was – American presidential history.  Since then, Kurt has spent the last 13 years turning his passion into his pursuit of learning with what he calls “Hands-on History.”

“It’s one thing to learn about things and places in books,” said Kurt.  “But actually experiencing it is a totally different way of learning.”

Kurt found his love for presidential history in the second grade while reading a book about the presidents.  As his interest grew, he learned about Brian Lamb, the founder of C-SPAN, who had visited the grave sites of every U.S. president.  Inspired by Lamb and presidential historian Richard Norton Smith, Kurt asked his father, “could we do that too?”  His answer was yes.

Fast forward to 2012, and Kurt paid his respects to President Lyndon B. Johnson, his last grave site, to achieve his goal.  Only two years later, he accomplished the same, but for vice presidents.  As far as anyone knows, Kurt is the only person to have visited all of the grave sites of every U.S. president and vice president.

“I really like to focus on the presidents’ personal lives,” said Kurt.  “I like to find things out about why they got elected to office.  How were they different from us?  How were they similar to us? Who was down to earth?  Who didn’t let the presidency change them?”

Not only does Kurt visit commanders-in-chief, but he’s also visited many other notables.  From Louisa May Alcott to Chris Farley, Kurt’s had his hands on a fair share of American history.  Some of the most interesting grave sites he’s visited include:

“I view this as a lifelong journey,” said Kurt. “If anybody notable is nearby, I’ll go to them.”

Kurt has credited the support of his parents as a reason for his success at accomplishing his goal.  Now, he works on getting the signers of the Constitution and Declaration of Independence as well as the Supreme Court Justices.

With almost 400 grave sites under his belt, Kurt is most proud of accessing Nelson Rockefeller’s.  Nicknamed the “Holy Grail” to grave sites, Kurt and his father were able to find the former vice president’s grave site by pure chance.  A tree had fallen, crushing a fence that hid his grave.  This is what differentiates Kurt as the only person to have been to every single presidential and vice presidential grave site.  In fact, his inspiration Brian Lamb is missing only this site.  Kurt’s father also skipped out on Vice President Henry Wilson’s grave, again making Kurt the only one to see them all.

Meeting the Press…and the Presidents

After trying to contact C-SPAN a few times in the past five years, Kurt was finally able to get in touch with Brian Lamb, the host of Q&A on C-SPAN and his inspiration, this summer.  He set up a meeting with Lamb and within minutes, Lamb decided he had to interview Kurt on the show.  Not only was Kurt able to meet his inspiration, but he was also able to be interviewed on television by him.  Lamb has also interviews people like George W. Bush and Supreme Court Justice Clarence Thomas. 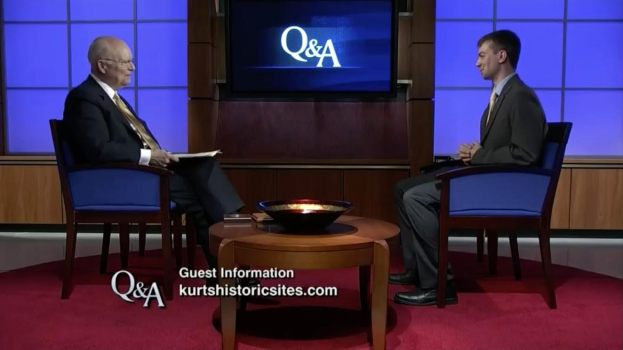 Kurt on the set of C-SPAN with Brian Lamb

Lamb had read Kurt’s stories and been on his website.  He was fascinated by how Kurt managed to get to Nelson Rockefeller’s grave.

“Being interviewed by him kind of brought everything full circle,” said Kurt.  “He was my inspiration.”

After his first television interview, Kurt said it was nerve wracking, but viewers noticed only his confidence and passion for what he does.  The set was small, the cameras were on, and there weren’t any re-dos.

In 2005, Kurt was able to meet Bill Clinton at Brown University.  Years later, he met Hillary Clinton at a book signing and made sure to hand over two business cards – one for her and one for Bill.  In 2013, Kurt traveled to Georgia to meet President Jimmy Carter and his wife Rosalynn.  He attended a Sunday School class taught by the former president himself and was able to smile for some photos.  Over the years, Kurt has met other famous government officials including the House Ways and Means Committee Chair Paul Ryan over the summer and former senator Chris Dodd at the Machtley’s. 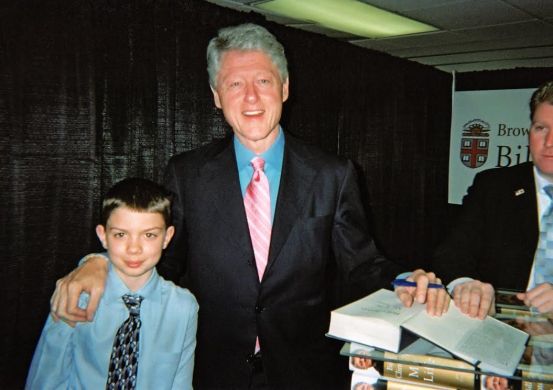 Kurt with President Bill Clinton in 2005 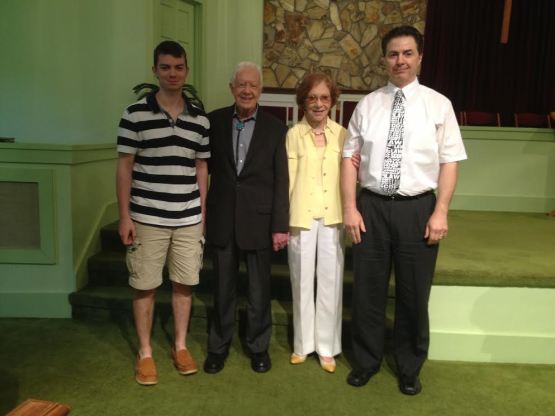 While meeting these people is always exciting for Kurt, his favorite person to meet was James Leavelle, a homicide detective from Texas who was escorting Lee Harvey Oswald, JFK’s killer, when he was killed by Jack Ruby.  He is known for being in one of history’s most infamous photos.  Fascinated by Leavelle, Kurt asked to meet up with him and the 91-year-old Texan agreed.  They spent hours together talking, and Kurt got him to agree to recreate the photo together.

The photo pokes fun at a Florida law that banned super soakers from being carried.  Kurt and his father are hoping to pursue a television series called Scofflaws in which they will satirize different laws, rules, and regulations that are ridiculous.

Kurt’s love and knowledge of presidents and history got him an internship with the U.S. Capitol Historical Society through the Amica Career Center’s connections with the Washington Center.  He worked as an intern whose main duty was to research content ideas for the 2018 Fact-a-Day calendar.

Kurt made sure he didn’t waste a minute of his time in D.C. He spent a lot of time working in the library of congress, read through letters written by Thomas Jefferson, attended a dinner to honor the House Ways and Means Committee, went back to sites like Mount Vernon, and watched fireworks over the Washington monument on the Fourth of July. 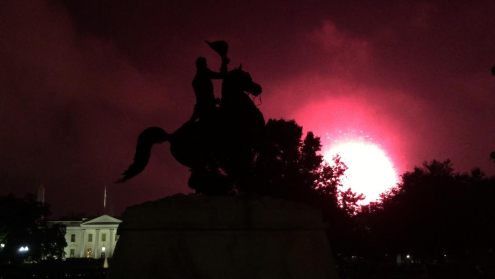 Looking into the future, Kurt hopes to be the director or curator at a notable historic site, presidential museum, or library.  For now, he wants to continue with his historical research and attend graduate school.

For more information on Kurt and his pursuits, visit his website: http://kurtshistoricsites.com/